Windows 7 Tips – How To Boost Speed and Performance 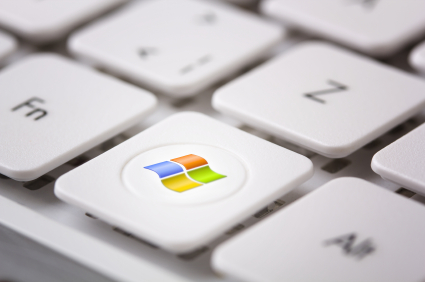 Windows 7 is the fastest Windows operating system to come down the line but you might not have your computer set up correctly to allow it to run at its complete potential. There are quite a few factors that will slow down your computer from viruses to allowing unnecessary programs that run in the background. By making a few simple changes, such as we’ll be covering in this article, you can make Windows 7 run as fast as it was meant to.

If you have spyware, viruses or other programs that are destructive they could be really slowing down your computer. More importantly, such issues could cause real harm to your computer, so it’s best to find out about them and remove them as soon as possible. It’s easy to acquire these problems, especially if you download many files online.

You need to choose a good anti-virus program and scan your computer with it on a regular basis. Programs like Spybot are good at removing spyware from your computer. There are a lot of anti-spyware programs that are actually spyware themselves so make sure that you are only using anti-virus programs that are trustworthy and reliable. You can avoid a lot of these sorts of problems by being as cautious as possible when you are downloading files and programs with which you aren’t familiar.

Sometimes Windows 7 can’t run as well as you’d like it to because the computer you have doesn’t meet the hardware requirements dictated by the operating system. This is a possibility especially for older computers that get upgraded from an older Windows version to Windows 7. If your computer came with Windows 7 pre-installed, this shouldn’t apply to you. Your computer needs to have at least a gigabyte of memory and a processor with a minimum of 1 GHZ and at least 16 GB of available disk space. Even if your computer does have enough memory to run Windows 7, it will run better if you add more memory. This means that even though it can run on just a GB of memory, when you upgrade to 2GB of memory, you’ll help it run a heck of a lot faster.

Windows 7 provides you with a large number of fonts, many of which you’ll probably never use. The total number of fonts is over 100, however you will only use a handful of them at best. The fonts can actually cause software programs to stall like Microsoft Word for Windows. It also has an impact on booting up time when the computer has to load many fonts. Additional fonts are usually added by people who do not realize that it will slow the computer down. Overall, by removing these fonts, your boot time and system processing time will be enhanced. Make sure you do not remove fonts that are continuously used by you or others that are on your computer. You should also be careful not to delete fonts that you may want to use at some point. Windows 7 can go faster if you do the right things. It is possible that Windows 7 on your computer is running optimally, however, by using a few simple steps, you can increase its speed. It really is not a problem to remove programs that are seldom used. Your computer should be running faster if you implement the suggestions presented in this writing.

I would like to thank aJax Tech for their excellent service and responsiveness, even on short notice. We had a failure of a fairly complex drive array and they were able to walk us through every step of the process with a high-level of professionalism. They quickly assess the situation, think outside the box and rapidly provide the right solution. All the data was returned intact and we were able to successfully restore service to our user base. They are responsive and talented professionals that will significantly enhance your business operations. I would highly recommend aJax Tech for any Disaster Recovery or other service issues of any size or complexity.

Bad Behavior has blocked 606 access attempts in the last 7 days.