Android OS – How much do you really know? 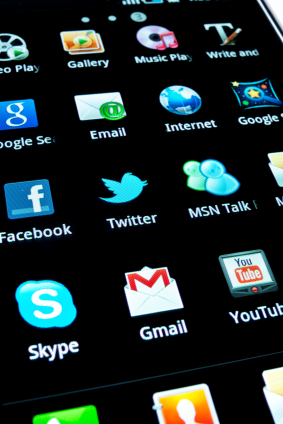 By now you know that the Android OS is being used by cellular phone developers of just about every stripe. You have most likely already read or heard about how the “Google phone” is very competitive against the other smart phones that are out there. It is definitely true that the Google phones are getting to be more popular every day. This is probably because the phones being released now are modeled after the smart phones that have become popular. Google pays attention to what people want and does its best to give that to them. Keep reading to find out some fun information about the phones that use the Android OS that you might not already know.

One website insists that Google is not the original creator of the Android OS. We know that Google gets all of the current credit for these phones. Most people even think of them as “Google phones”. From what we could find out, the actual creators of the Android OS are Rich Miner and Andy Rubin. They invented the OS in 2003 and later sold it to the Google corporatoin for a lot of money. After they bought the OS, Google sat on it for a few years while they developed it further and got it ready to be sent out in mobile devices.

You might not be ready to believe this but the Android OS is based on Linux. Linux is the open source alternative to Windows and Mac OSes. There are lots of rumors flying about the real reason Google wanted to buy the system. Google has a widely publicized and popular rivalry with Microsoft. Is it so surprising, then, that Google would be so excited to buy a system that would compete well against Windows and Microsoft? People like Linux because its open source standing means that everyone is welcome to develop the system, upgrade it and find new uses for it. This allows the company to keep development costs low and turn a major profit.

Being able to multi-task between applications is a major selling point that helps Android compete against the crazily popular iPhones. With the iPhone you can only use one app at a time (though it is possible to use them at the same time as any or all of the phone’s basic functions like phone calling, music playing and internet browsing). In terms of multi-tasking that’s about all you can do with the iPhone. An Android phone, on the other hand can run a Twitter app as well as a note taking app with no problems at all.

In 2007 providers began implementing the Android OS. How many of you reading this are using the same phone you used in 2007?

I’m writing to commend you on the outstanding work done in connection with our relocation. We had a complete network changeover that was seamless thanks to your exceptional service. The high-level of competence and long and exhausting hours you contributed to the project were key to achieving the relocation on time and with a functional office again. I would not hesitate to recommend aJax Tech services for any projects you may wish to undertake. Please feel free to have your prospective clients call me at any time.

Bad Behavior has blocked 422 access attempts in the last 7 days.